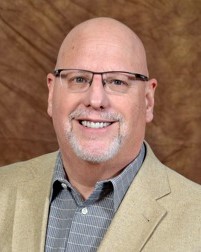 John E. Merrifield, CLU, RHU, REBC, CBC is the Founder and President of IFC Benefits Solutions, Inc. established in 1987. John is an insurance industry veteran of over 37 years. His firm has been ranked one of the top employee benefit firms in Fort Worth. IFC received the Small Business of the Year Award in 2012 from the Fort Worth Chamber. Most recently, IFC Benefit Solutions was awarded the Business Hall of Fame for 2016 and the Best of Insurance and Employee Benefits for 2015 & 2017.

John and his sons were members of the Boy Scouts of America. John served as a Scout Master and Assistant District Commissioner. While serving as a commissioner he was awarded the District Award of Merit.

After the death of his son, Burgess age 16 returning from Philmont Scout Camp, John successfully led a statewide seat belt coalition that brought significant attention and changes to seat belt laws and their importance. The State of Texas passed two seat belt laws 1991 and 1993 which increased the backseat passenger seat belt requirements from 4 to 17. Laws for child restraint were significantly changed as well. Today, with the continued lobbying of Mr. Merrifield, seat belts are required for all ages in the backseat helping to save countless lives and thousands of injuries prevented. Because the improving seat belt laws, Click It or Ticket was started in Texas which has spread across the country along with safety belt reform.

Today, John and his wife, Skylar, of 39 years enjoy spending time in Florida, the Caribbean and Europe. His biggest passion is spoiling their 14 grandchildren. John makes his home with his wife in Colleyville, Texas.